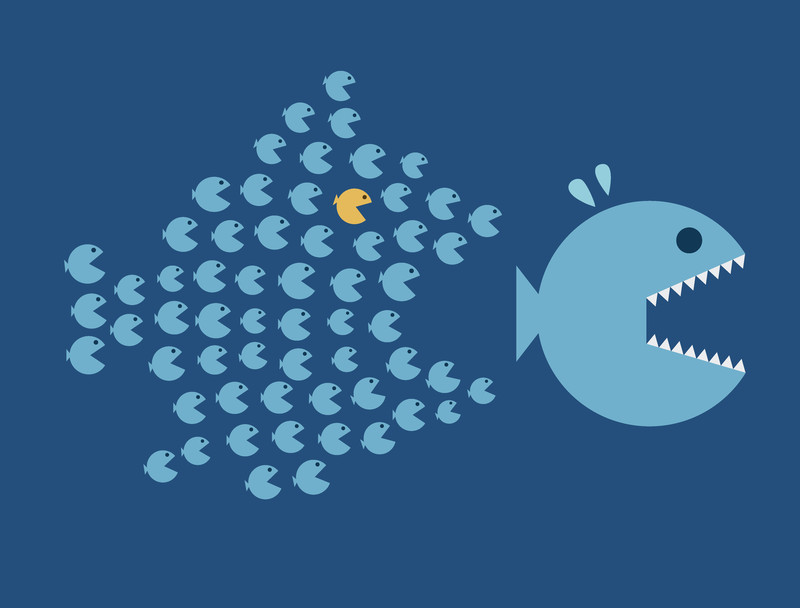 If you want to innovate and create new value you need to be prepared to cannibalise your own business. If you don’t someone else will.

Established businesses put a lot of focus on protecting the markets and products they have created. But the pace of change is accelerating exponentially. The advantages of size and scale are diminishing as barriers to entry drop and new technologies and business models disrupt markets and kick out old players.  A mindset of protecting what you have, instead of always looking to create new value can leave you more exposed. Not taking enough risk, ironically, is becoming a very risky strategy.

At a time when the iPod was one of the best selling Apple products of all time, and represented half of the company’s revenue Steve Jobs was very worried. He knew that a phone with a strong music player could threaten their success. So he set Apple on a path to create one, even if it would eat into iPod sales – and so the iPhone was born.

That willingness to cannibalise their existing business before someone else did is one of the reasons Apple has led the pace of innovation in the way that it has.

Imagine what would have happened if Steve had decided to pull out all the stops to protect the iPod instead. Someone would have eventually launched an iPhone equivalent and we might be referring to Apple in same breath as Kodak.

Let’s hear it in Steve’s own words:

I have my own theory about why decline happens at companies like IBM or Microsoft. They company does a great job, innovates and becomes a monopoly or close to it in some field, and then the quality of the company becomes less important. The compant starts valuing the great salesmen, because they’re the ones who can move the needle on the revenues, not the product engineers and designers. So the salespeople end up running the company. John Akers at IBM was a smart, eloquent fantastic salesperson, but he didn’t know anything about product. They same thing happened at Xerox. When the sales guys run the company the product guys don’t matter so much, and a lot of them just turn off.

My passion has been to build an enduring company where people were motivated to make great products. Everything else was secondary. Sure it was great to make a profit, because that was what allowed you to make great products. But the products, not the profits were the motivation. Scully flipped these priorities to where the goal was to make money. It’s a subtle difference, but it ends up meaning everything: the people you hire, who gets promoted, what gets discussed at meetings.

When you shift to protecting the status quo it’s because you are serving yourselves instead of others. Stay focused on your purpose, never stop working towards it and you will never stop innovating. – Steve Jobs

Steve puts it in terms of product focus vs sales focus but the point is the same.   If you are obsessed with protecting what you have over innovation and new growth you are a target for someone to eat your lunch.